Techalogic launches new front and rear bike lights with integrated cameras for £99.95 each

The British safety tech company Techalogic – makers of the DC-1 dual recording helmet camera that it claimed was a world first when it launch two years ago – has now launched both front and rear lights with integrated cameras. With full HD 1080P wide angle cameras, they attach to your bike with simple Go Pro-style mounts, and have a claimed four hours of battery life with the LED on and seven hours without. The CF-1 has a 400 lumen beam, weighs 120g and has dimensions of 80mm x 47mm x 27mm. The mount is included, and it’s a simple press of a button to start the recording. A wide angle 120 lens captures everything, and is capable of capturing licence plates with ease according to Techalogic.

The largest 128GB memory card can record up to 12 hours of footage, and as with most bits of cycling tech nowadays there’s a companion app to alter settings. You can also download your footage and share on social media through the app. All recordings are date and time-stamped, and IPX5 water resistance with an airtight construction should ensure the elements don’t mess up your footage. 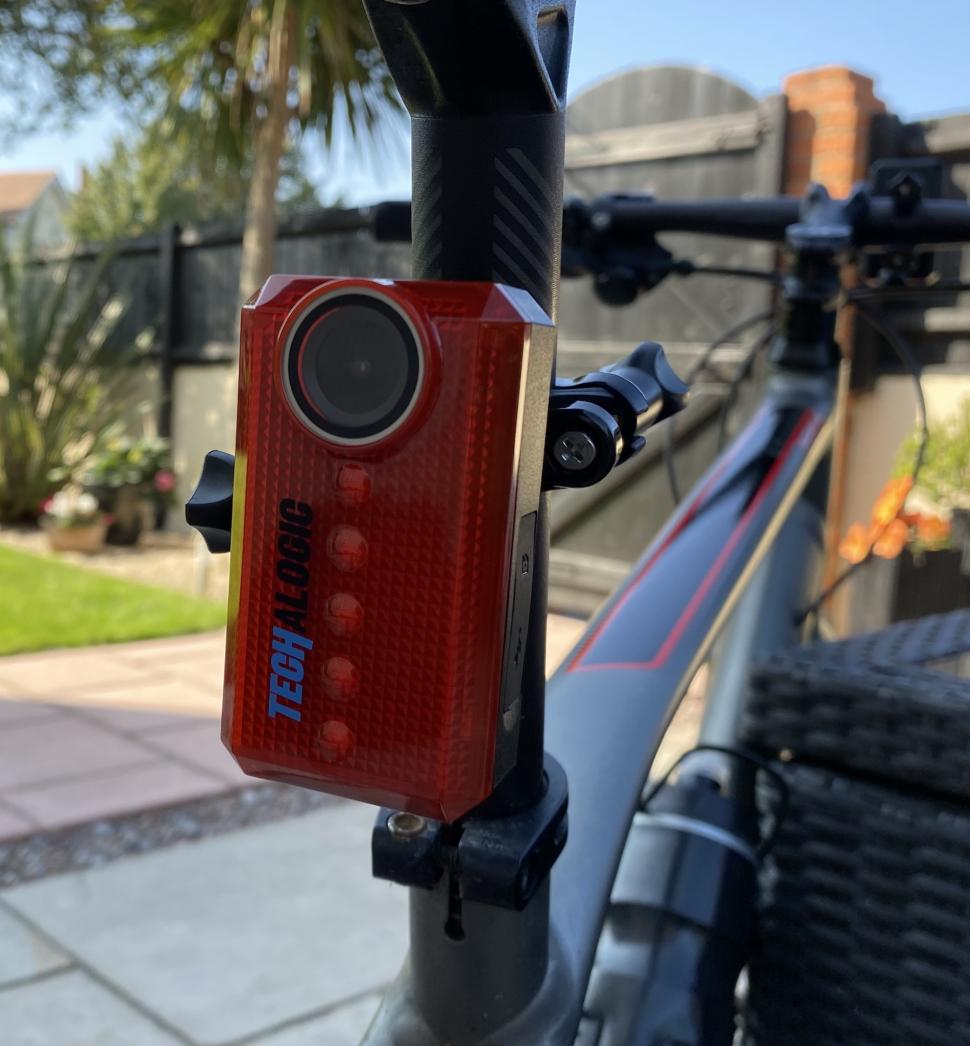 The specs are largely the same at the rear, except for the light is 60 lumens, and you get six rear light settings as opposed to three on the front. Regarding the battery life claims, in this video(link is external) Techalogic says the rear can actually run for up to “eight or nine hours depending on the light sequence.”

Other features of note include the internal mic to record sound as well as video, and a photo mode that auto captures a photo every second. The ‘G sensor option’ also makes the camera recognise an impact, auto-locking the file so it can’t be overwritten.